Earlier this month, DEGNZ was pleased to welcome Justine Wright to New Zealand as our 2014 International Editing Mentor.

Over the course of her stay, Justine spent time working with NZ editor Cushla Dillon who was the selected 2014 mentee. Here’s what Cushla had to say of the experience:

“I felt hugely privileged to share time and conversation with Justine, to talk about editing and being an editor. For those who don’t know, Justine is a NZ film editor who lives in London and has edited Last Day in September, Into the Void, The Last King of Scotland, The Iron Lady and recently, Locke. She was a very warm, intelligent woman who laid her work life open for me to dissect.  I had specific areas I wanted to address for this mentorship. One in particular was to see how I could up-skill in order to work on bigger film projects. But of course the process is always the same, and it was interesting to hear how in the UK, most key creative crew depend on agents for their work. Her agent vets her projects and puts her forward and basically negotiates her fees and conditions. She discusses the merits and weaknesses of the script with her agent so when she meets the director she knows what she needs to discuss. But what I also wanted to explore with her was the ‘how, why and what if’ of editing. I had the incredible experience of watching several versions of scenes from one of her films, from assemble to fine cut. The editing within the film was a masterful feat, and the coverage enabled them enormous latitude in the edit room. The week since she left, I have felt the ‘ghost of Justine’ at my side as I have been editing a documentary, feeling her words and experience keeping me focused on the right questions to be asking as I edit. The mentorship raised the bar for me to aim for with my editing skills, and ultimately I am responsible for keeping that bar high. I am extremely grateful to the Directors and Editors Guild for making this mentorship possible.”

DEGNZ was also lucky enough to have Justine run a one day editing masterclass during which eight lucky editors viewed the rushes and cut together a scene from scene footage Justine supplied. 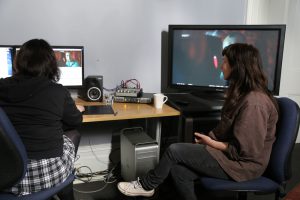 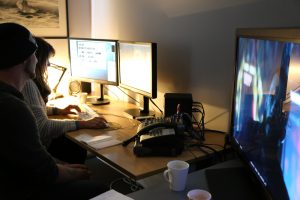 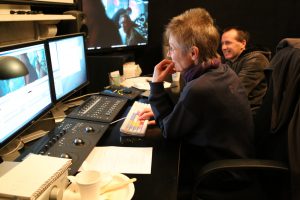 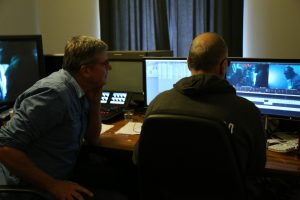 Here’s what they said was the best thing about the masterclass:

“Material I would never encounter otherwise, and experiencing how other people think and work.”

“Having footage of top rate actors and first class coverage together- awesome!!”

It has been an immensely rewarding experience to have someone as kind, open and knowledgeable as Justine here willing to share what she has learned with us all.

We again acknowledge and thank the NZ Film Commission for making this mentorship possible.