DIRTY LAUNDRY, produced by Britta Hawkins, will centre on a middle-class family whose mother is jailed for money laundering. If her children want to keep the lifestyle to which they’re accustomed, they’ll need to keep the family business going.

This paid attachment is currently scheduled to take place for eight weeks commencing March 13. It may include a small stand down period to allow for breaks in the schedule, with the aim of the Attachment getting to experience pre-production, production and post production on a major drama production.

The attachment will cover 1 block (3 episodes) and the director will be one of New Zealand’s most experienced drama directors and long-time DEGNZ member Peter Burger.

An opportunity exists for the Attachment to direct a scene in the production, but this is entirely at the discretion of Filthy Productions and its producer(s) and director—it is not guaranteed.

To apply, please download the application form cover sheet from the DEGNZ website here, and submit the following in electronic form ONLY (Word file or PDF) by 9am Monday 16 November, 2015 to admin@degnz.co.nz with DIRTY LAUNDRY in the subject line:

• Completed Application Form Cover Sheet with your FULL DEGNZ Membership No., including links to your publicly screened works
• A full CV & Filmography
• A reference (from a senior screen industry practitioner)
• A proposal of a maximum of 1-page outlining why you want to do the attachment.

We look forward to receiving your applications. This initiative has been made possible with the support of NZ On Air and Filthy Productions.

The Directors & Editors Guild of NZ invites you to apply for a 2-day Directors Toolkit Workshop with director Peter Burger. The workshop will be held on Saturday  21st and Sunday 22nd of  November.

Peter Burger brings a wealth of experience as a multi award-winning director of television, film and commercials. He has worked on shows such as ‘Go Girls’,  ‘Outrageous Fortune’ and ‘The  Cult’, and has directed a number of acclaimed television features, including ‘Field Punishment No. 1’ and ‘Erebus: Operation  Overdue’, which were both nominated for NZOnAir Best  Television Feature at last year’s New Zealand Film Awards. Peter’s 2-day workshop will cover topics including:

What: Directors Toolkit Workshop with Peter BurgerWhen: Saturday 21st November, 9am – 5pm, & Sunday 22nd November, 9am – 4pm. Lunch and refreshments provided.Where: MTG RM, 2 Kingsland Terrace, Kingsland, AucklandCost: FREE for DEGNZ members; $100 for Non-members TO APPLY:Please email to samantha@degnz.co.nz a one-page cover letter outlining why you want to attend this workshop, a CV and links to examples of your work. Application Deadline:9am, 2 November 2015 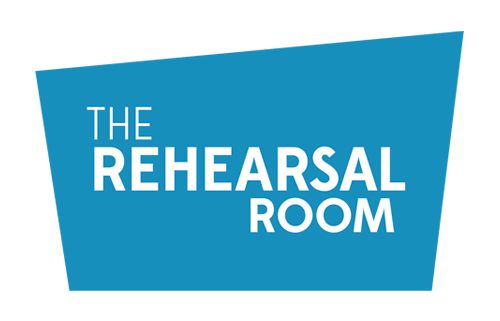 On Saturday, four of our members took part in our most recent Rehearsal Room in Wellington facilitated by Miranda Harcourt.

A big thanks to everyone involved – Miranda Harcourt, the directors and the actors from Actors Equity who kindly gave their time. 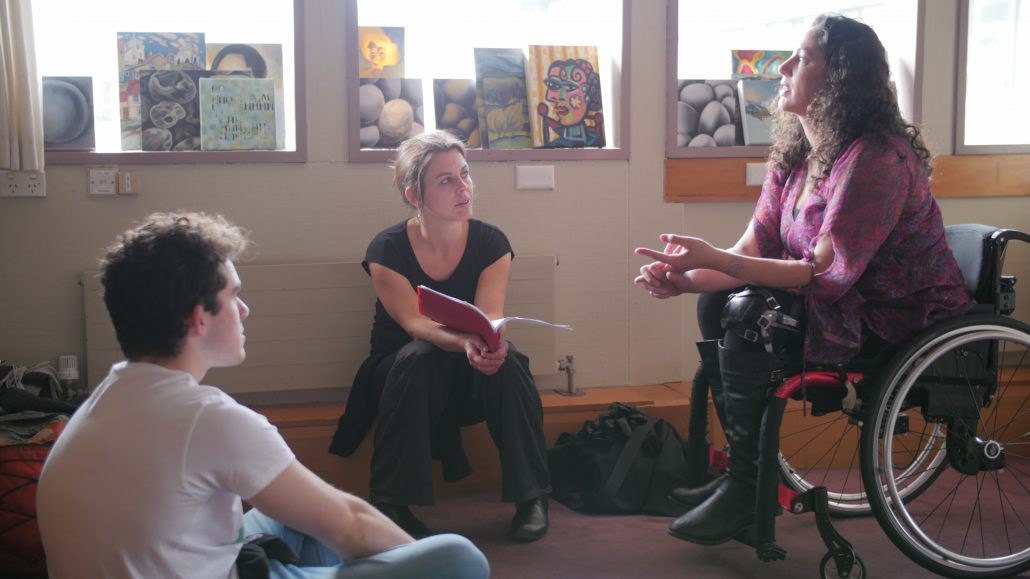 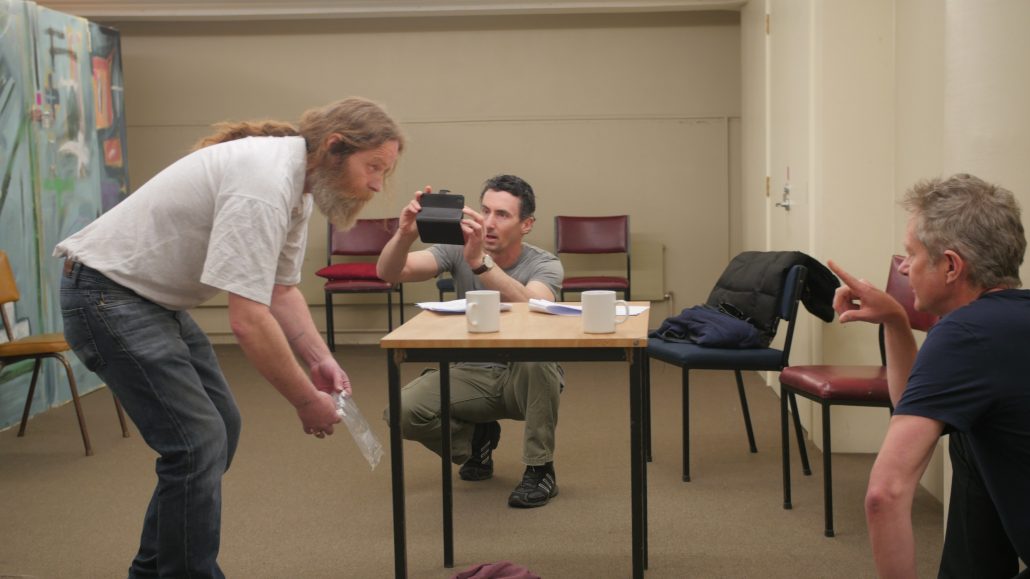 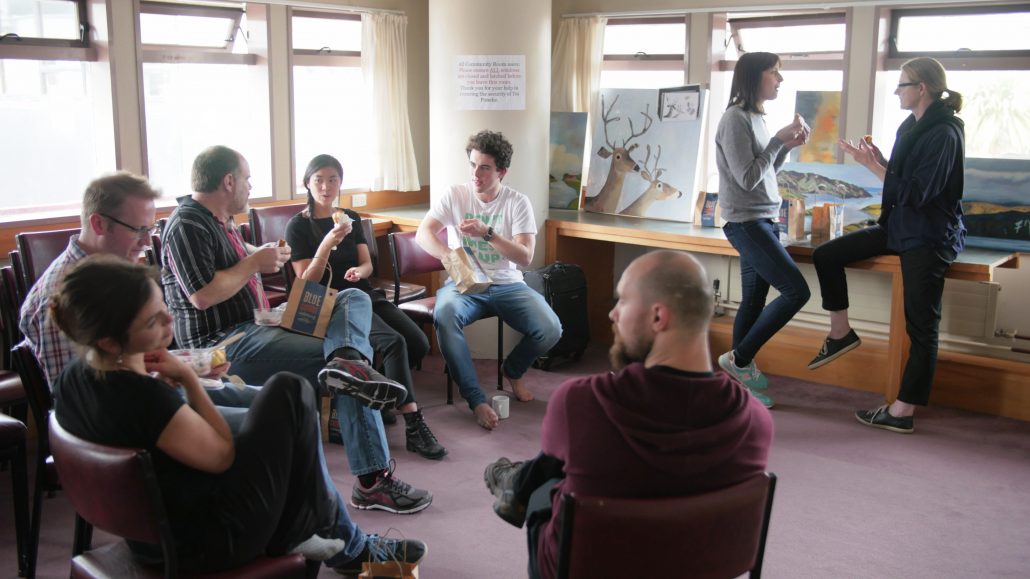 It has officially been one week since the Big Screen Symposium 2015 and not nearly enough time to digest all of the weekend’s wonderful insights into how each of us can become better collaborators.

This year’s programme was a strong one for directors, firstly with several talented directors in the speaker line-up: Jane Campion, Sebastian Silva, Alison Maclean, Florian Habicht, Libby Hakaraia, Jake Mahaffy and Chris Pryor. In addition, the theme ‘Strengthening Our Collaborative Spirit’ was especially relevant given that collaboration is so essential to the way directors in particular need to work.

Chilean writer and director Sebastian Silva, who spoke over three sessions, provided a breath of fresh air and many laughs. Silva talked openly about his experiences working in independent cinema, which felt very relevant to how filmmakers work in New Zealand.

Thank you to all the DEGNZ members who stopped by our stall during the weekend, making it the best attended stall in the hub (and we’re not saying this because we’re biased)! We feel very pleased to have been able to share our stall with the New Zealand Writers Guild this year – it was a great fit with many of our members being writer/directors.

It may be a little bit early, but we’re already looking forward to the Big Screen Symposium in 2016. I wonder what next year’s theme will be? 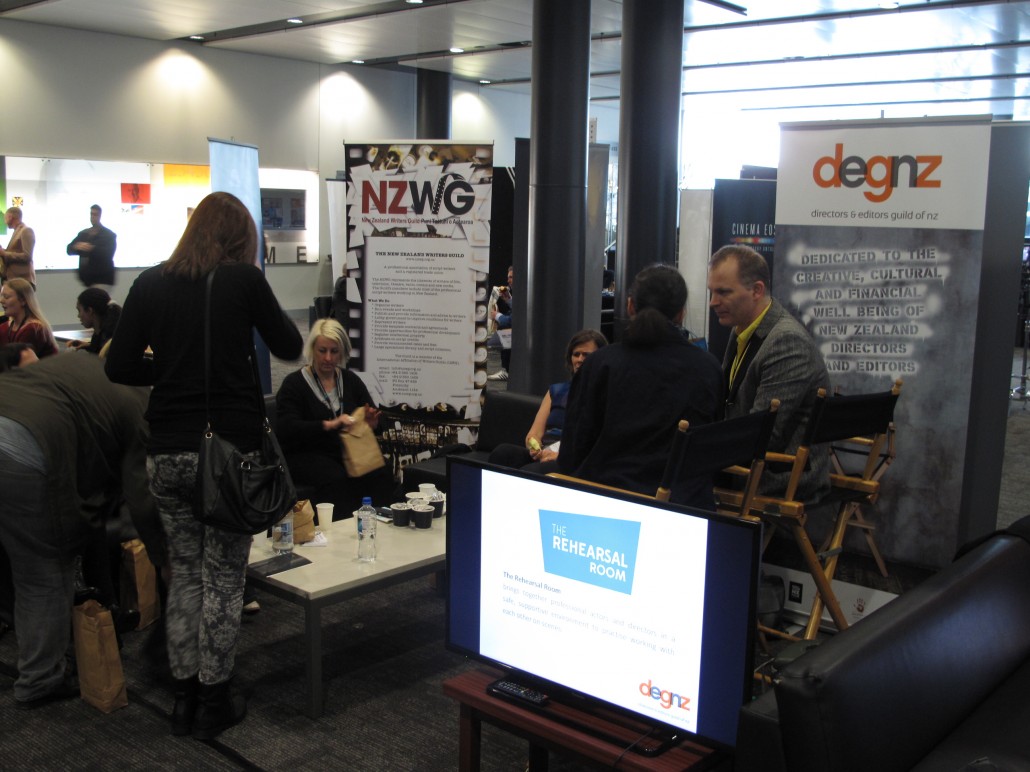 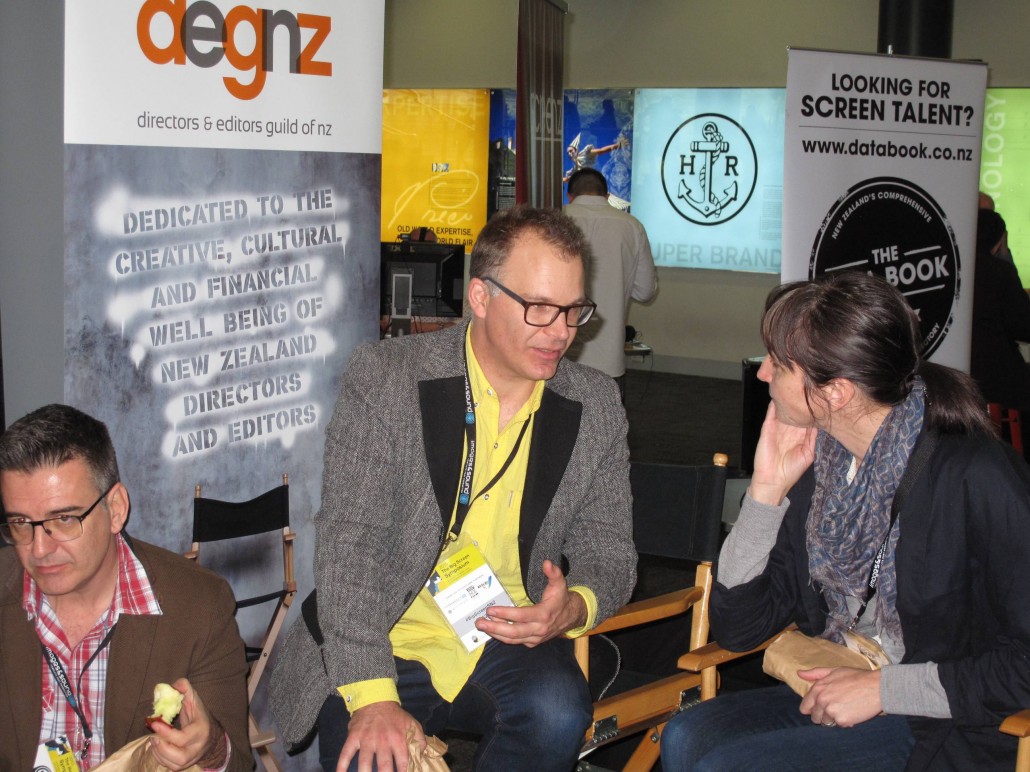 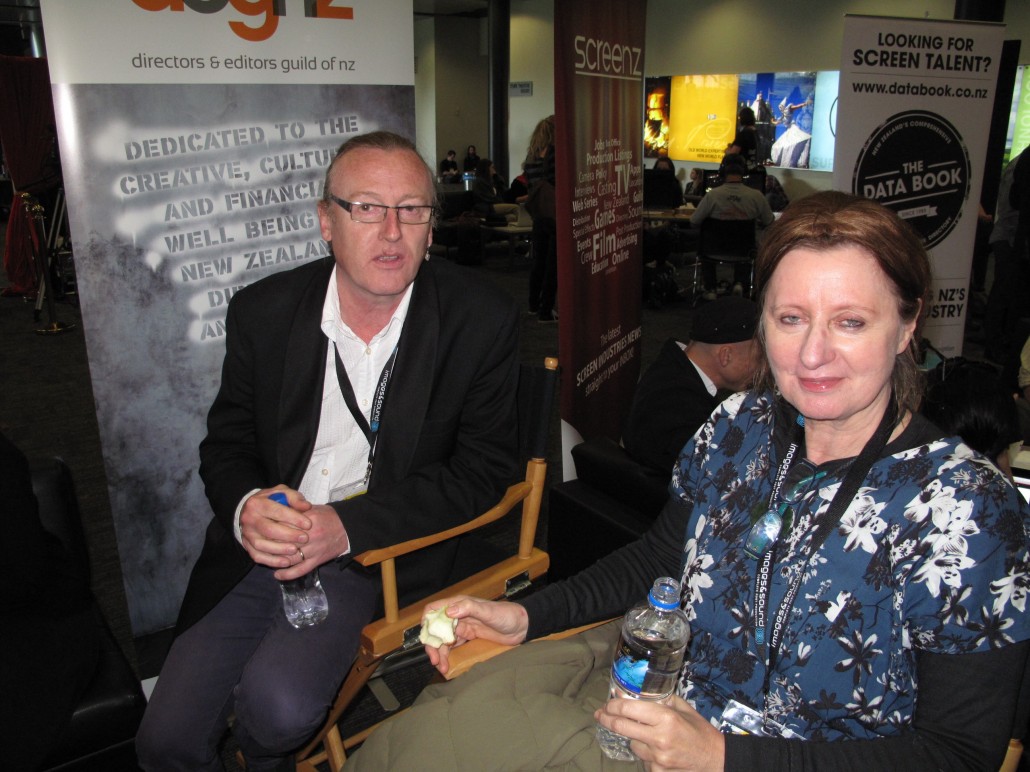 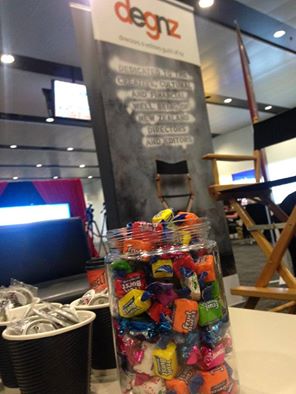