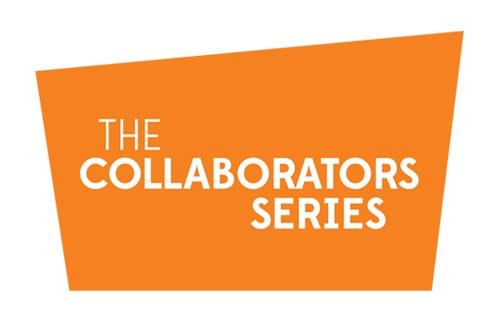 Save the dates! We have two events coming up:

ScreenLink with PIFT and NAW
Come along for networking drinks and hear from guest speaker Miki Magasiva.
When: 6pm-8pm, Tuesday 5 July
Where: The function room at the back of the Longroom, 114 Ponsonby Road

Collaborators Series with The Techos’ Guild & Peter Burger
Come along for a discussion about ‘Director and 1st AD Dynamics’. A panel of ADs and Marc Ashton from NZFC will speak to Peter Burger about the processes, challenges and triumphs of the Director/1st AD relationship.
When: 7pm for drinks, 7.30-8.30pm discussion, Wednesday 13 July
Where: Upstairs at the Grey Lynn RSC, 1 Francis Street

Rehearsal Room with Rene Naufahu – Register your interest as a director NOW!
The Rehearsal Room is an amazing opportunity to work with actors on your script and practice your craft in a safe, supportive space.
When: 10am-2pm, Saturday 16 July
Where: The MTG RM, Kingsland
SIGN UP NOW and we will be in touch.

Our Masterclass and DEGNZ Selects events with Niki Caro were a fantastic success. Niki spoke generously about her experiences and offered plenty of solid advice and practical tips, which we’re sure will stay with everyone in the audience. Thank you, Niki! 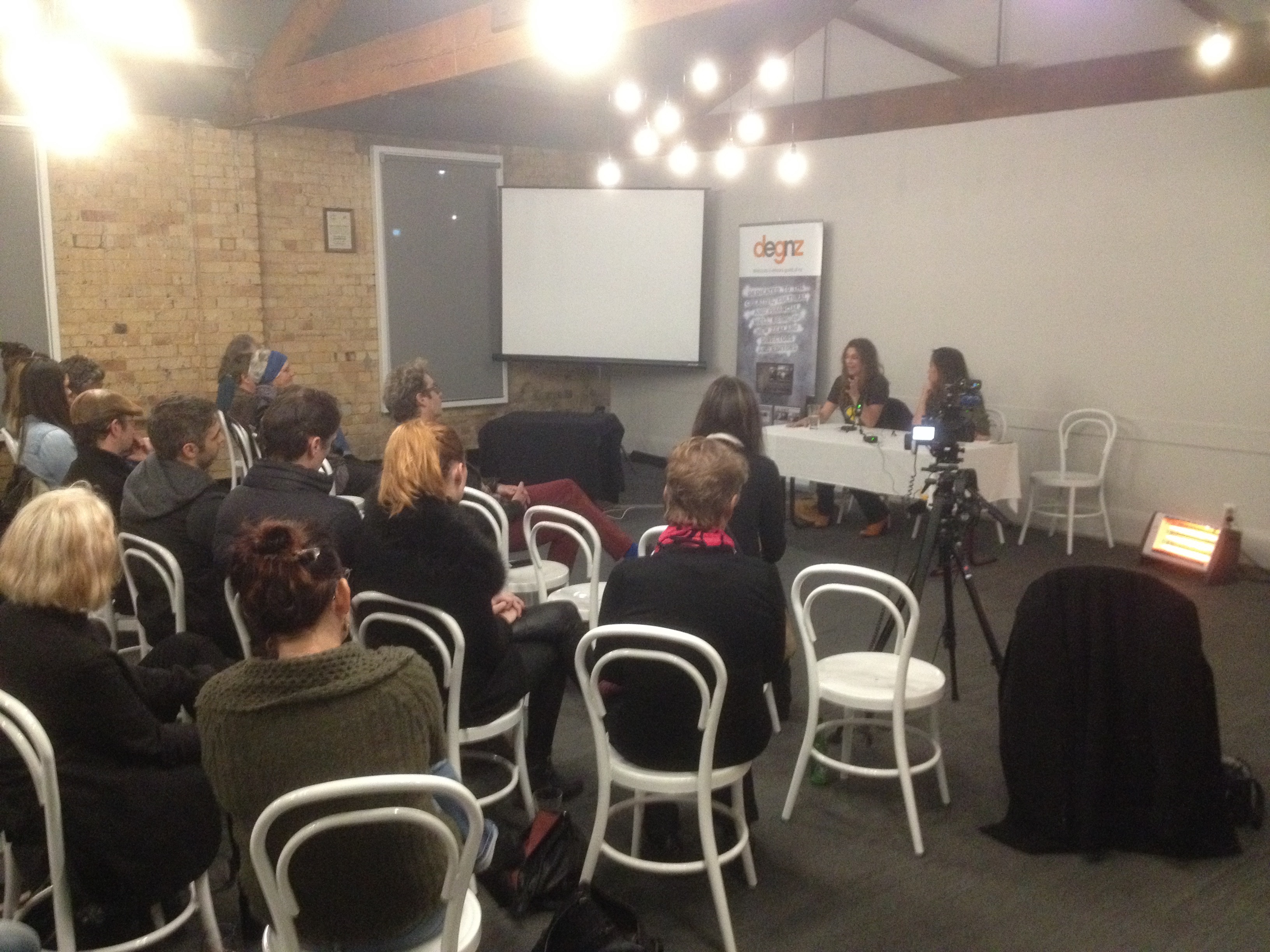 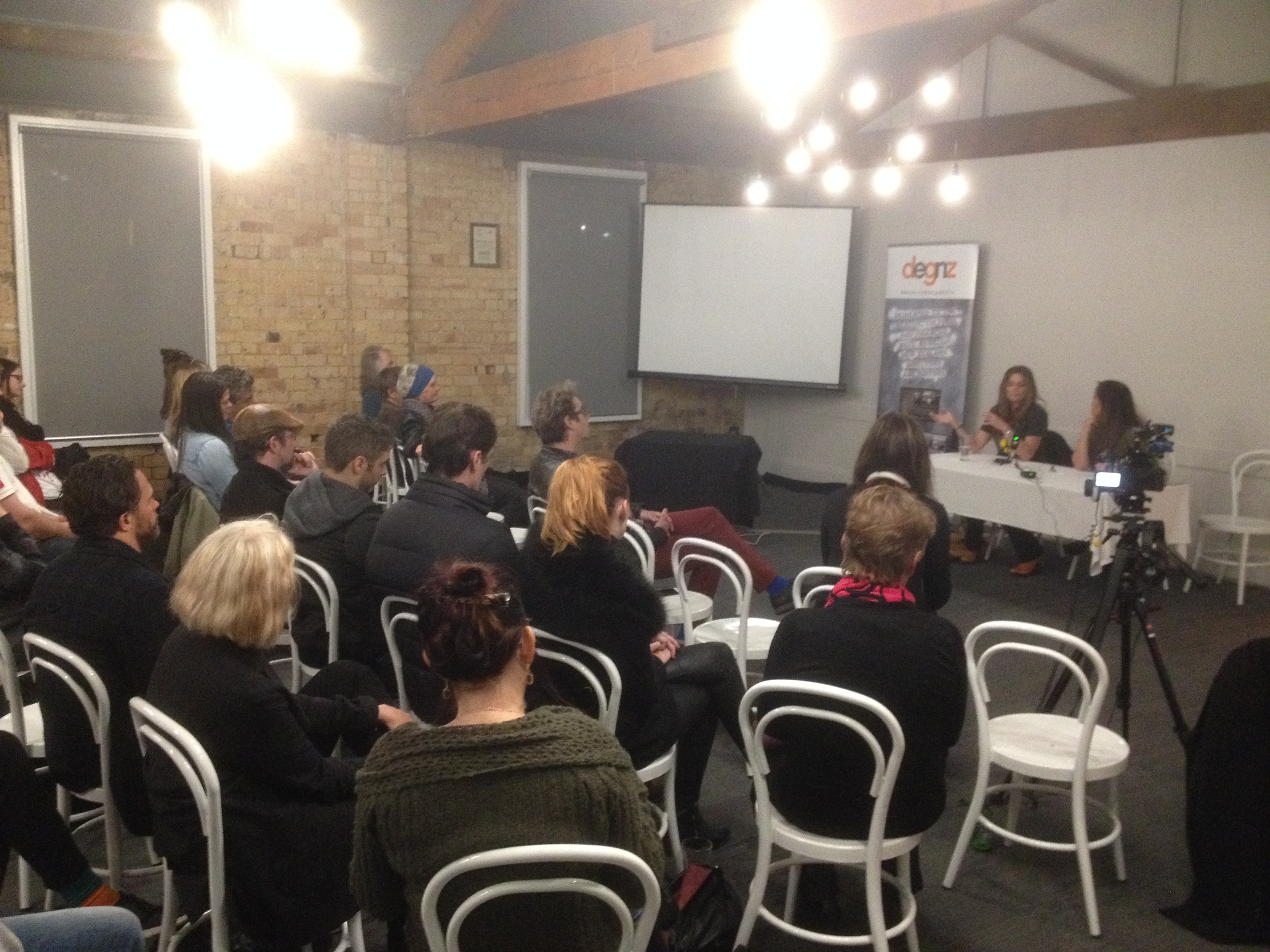 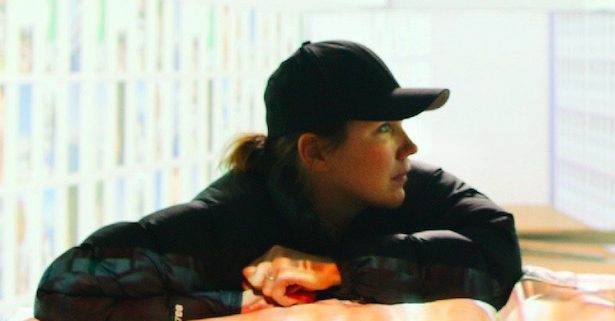 The Directors & Editors Guild of NZ (DEGNZ), NZ On Air and South Pacific Pictures Limited (SPP) are extremely pleased to announce DEGNZ member and director Helena Brooks as the TV Drama Director Attachment on an episode of series three of The Brokenwood Mysteries.

Brooks, who is already underway on the show, attaches to one of New Zealand’s most experienced drama directors, Mark Beesley.

“It’s really interesting being deep amongst a telefeature in production and shadowing one of the masters, Mark Beesley,” Brooks said. “He’s extremely generous with his knowledge and I’m learning a truck-load about every aspect of long-form directing. South Pacific Pictures has been very welcoming and I’m pumped about the opportunity.”

“The Directors’ attachment program is a fantastic initiative from DEGNZ and NZ On Air and South Pacific Pictures is pleased to continue its support of it,” said SPP CEO Kelly Martin. “Helena Brooks is a talented director with an impressive body of work to her name and we are pleased to have her on board.”

“As shown in our recent Diversity Report, we need more women in drama directing roles. Professional development opportunities such as this are a logical way to develop more women into these roles. We wish Helena well in this attachment,” said Jane Wrightson CEO of NZ On Air.

Brooks comes to The Brokenwood Mysteries with a strong background in TV commercials and a highly successful short film, Nothing Special, to her credit—it was selected for amongst others the Cannes and Berlin film festivals.

“We are delighted that another talented DEGNZ member gets the chance to increase their knowledge and experience with fast-turnaround TV drama,” said Executive Director of DEGNZ Tui Ruwhiu. “We greatly appreciate the commitment South Pacific Pictures is showing to this initiative.”

The Brokenwood Mysteries is a series of two-hour murder mystery stories set in a seemingly quiet country town where the town’s newest resident, Detective Mike Shepherd, finds that murder lurks in even the most homely location. Each telefeature in the series is a standalone story, which sees the show’s two lead police officers trying to solve a murder case.

The overall vision of the DEGNZ Women Filmmakers Incubator is to empower the participating directors with the confidence, knowledge and connections that they can use to go on and direct a feature film, drama or scripted series.

The incubator is intended primarily for emerging debut directors of feature film (drama or documentary), but will also consider those wishing to establish careers in TV drama and scripted content.

Applicants must apply with a project, but the incubator is primarily focused on filmmaker development, not project development.

The objectives of the incubator are:

The incubator comprises five one-day workshops across an approximately 12-month period with the first to scheduled to take place in September.

The workshops are individually themed to provide specific knowledge, networks, skills, and inspiration that filmmakers can use to advance themselves and their careers.

The NZ Film Commission will offer additional support to 3 narrative debut feature film directors who are selected as part of the DEGNZ Women Filmmakers Incubator.

Alongside the Incubator programme, those selected for the NZFC Talent Express will attend:

All costs associated with these, including travel and accommodation will be covered by the NZFC.

If you wish to be considered for The NZFC Talent Express, please indicate your interest when you apply for the DEGNZ Women Filmmakers Incubator.

A selection panel comprising DEGNZ members and senior industry practitioners will convene to select the successful candidate. The decisions will be final and no correspondence will be entered into.

Every successful applicant must be a Full DEGNZ member.

The workshops will be held in Auckland. A travel and accommodation allowance will be available for those successful applicants coming from other regions.

Compile your documents into one single PDF in the order matching requirements 1 – 5.

Give the single PDF the following naming convention:

and send it to admin@degnz.co.nz with DEGNZWFI2016 in the Subject line.

This initiative has been made possible with the financial support of the New Zealand Film Commission.

Want to see some of the world’s best short films from around the world, surrounded by fellow cinephiles?

Head to the ‘Not Long’ event, next taking place on Monday June 6, 6.30pm at the Backroom of Whammy Bar in St Kevins Arcade, Auckland and check out the range of animation, documentary and live-action shorts – including two BAFTA nominated films – on offer.