The full Auckland programme for the New Zealand International Film Festival has been officially unveiled and we are very excited for what’s ahead. Wellington follows suit with a programme launch at 7pm tonight.

In part 1, we spotlighted four features from our members amongst the festival’s Early Announcements. Here, we roundup four more from our talented members to look forward to at NZIFF.

Auckland tickets are on sale from Friday 9am and Wellington from 5 July. For info on other centres around the nation, check out the NZIFF website.

In DEGNZ member Jack Nicol’s documentary, five female sheep shearers take on the competition at the Golden Shears in a sport where men and women compete together. NZIFF writes, “Jack Nicol applies camera poetry to the agility, strength, skill and rhythmic grace of women wielding blades of steel.”

“What we wanted to do was show off the shearing world and the shearing community in a way it’s never been seen before.” — Jack Nicol, interview with The Country.

After discovering online the work of Jacob Leezak, Sydney founder of the Canine Behaviour Expert Dog Psychology Centre, thanks to his mum, DEGNZ member Eryn Wilson saw the opportunity he had been looking for to direct his first feature-length documentary. Dog’s Best Friend is a tender film about the troubled dogs taken in at this centre and the couple who have made rehabilitating them their life’s work.

“Between them they’re so empathetic … you imagine a couple of humans that have experienced damage that they’re working through, and here are these damaged dogs. It’s no coincidence that they’ve taken on this kind of work.”
– Eryn Wilson, on The Project. 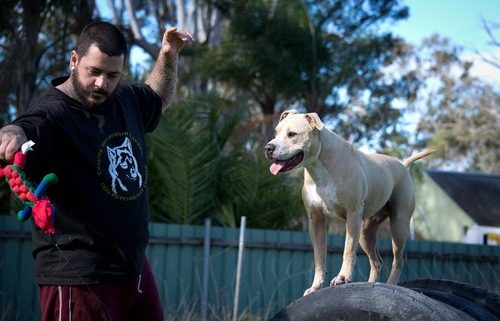 Beginning in the late 70s, editor and DEGNZ board member Annie Collins collaborated with Merita Mita on four documentaries that included The Bridge (1982) and Patu! (1983). Annie contributes to a new documentary on Merata Mita’s life as consulting editor.

Merata Mita, pioneering Māori filmmaker and international champion of women in indigenous film, is celebrated by her son Heperi Mita in this richly personal portrait.

DEGNZ member Luke Haigh (Hunt for the Wilderpeople) has three editing credits – one feature, two shorts – in this year’s NZIFF.

Playing in the Incredibly Strange section, Mega Time Squad (dir. Tim van Dammen) is a high-meets-low mash up of Kiwi humour, sci-fi and mad cap crime thriller about a small-town criminal who stumbles on a mystical artefact with time travelling powers.

The New Zealand Writers Guild (NZWG) and DEGNZ are issuing this call for mid to experienced level screenwriters of either guild to pitch their feature film projects to these directors in Workshop 3 of the Incubator.

The speed dating session for the pitching will take place on Monday 30 July 2018 in Kingsland, Auckland. Details on the venue will be provided to the successful applicants.

Applications to include the following

A feature length idea that has been through any form of development. Projects that have complete scripts or detailed treatments/outlines will be accepted. A project can have one rejection through the NZFC EDF pathway. A project with two rejections is ineligible.

All applicants must be a member of either NZWG or DEGNZ.

All applications and queries to be sent through to alice@nzwritersguild.org.nz

A core cast – max. six actors – together with a writer & director team OR writer/director will collaborate on each script-in-development table read.

The script must have a director attached and have been through a development process.

WRITER & DIRECTOR TEAM (OR WRITER/DIRECTOR): Submit script via email to GuildHQ@nzwg.org.nz. Either/both must be a member(s) of NZWG/DEGNZ.

ACTORS: Register via Eventbrite. Actors must be a member of Equity to apply.

A joint initiative brought to you by:
NZWG, DEGNZ & Equity Foundation
With warm thanks to the New Zealand Film Commission

In 2000, the Guild, which is an incorporated society, discussed whether or not to become a craft union when the Labour Government passed the Employment Relations Act making collective bargaining possible. However, because the majority of Guild members continued to see themselves as freelance operators, there was never unified support for unionisation.

In the independently run DEGNZ membership survey of 2016, nearly 83 percent of the membership said that they would be interested in DEGNZ negotiating collective agreements with minimum rates and conditions on their behalf.

Earlier this year, Minister of Workplace Relations and Employment Iain Lees-Galloway gave The Film Industry Working Group (FIWG), which DEGNZ is participating in, the objective of making recommendations to the Government on changes to the regulatory framework for film industry workers to restore the rights of film production workers to collectively bargain in a way that:

Now in 2018, we see the nurses engaged in collective negotiations, former prime minister Jim Bolger appointed to head the Fair Pay working group, and the FIWG some months into the task that Lees-Galloway set it.

Labour relations are coming full circle as is clearly obvious just from the newspaper headlines.

Unionisation has been on the DEGNZ board’s mind for more than the last two years, primarily because of deteriorating terms and conditions and rates of pay for directors and editors, even though many of our members are still contractors.

Do we need to unionise? Not necessarily. We are a craft guild and the representative body for working directors and editors in New Zealand. As long as we are endorsed as such by our membership and officially recognised by industry and government in our role, we are well positioned to continue to advocate, lobby and represent those who chose us to do so.

Internationally, the Directors Guild of America has long been a union. In Australia, the Australian Directors Guild became a union in 2014. Directors UK is both a collection society and a non-profit organisation like us that represents directors’ interests there. The Screen Directors Guild of Ireland is also not a union. What are the pluses and minuses you ask? So far we haven’t discovered anything that massively swings the pendulum either way. But we would like to hear your opinions. Does DEGNZ need to be a union to represent you?

DEGNZ, SPADA and Equity NZ warmly welcomes members to join us for a Screenlink in Wellington.