Oscar and BAFTA-nominated for his work on Taika Waititi’s Jojo Rabbit and recently back from the red carpet, Tom joins us to discuss his career, his craft and his collaborations.

Tom was recognised by the American Cinema Editors with the award for Best Edited Feature Film (Comedy) for Jojo Rabbit at the 70th Annual ACE Eddie Awards held in January. Tom also edited Hunt for the Wilderpeople, What We Do In the Shadows, Jackie van Beek’s The Inland Road and for television, Wellington Paranormal, Ash vs Evil Dead and Go Girls amongst other projects. He is currently cutting Roseanne Liang’s thriller Shadow In the Cloud.

Register to reserve your seat.

We collect diversity data during registration so we can report to our primary funder, the NZ Film Commission. Any data reported will remain completely anonymous.

This event is part of DEGNZ Selects, presented by the Directors & Editors Guild of NZ

I was fortunate to be invited as a guest to the New Zealander of the Year Awards last night. It was an eye-opener for me. It brought home how myopic I have become with the screen industry essentially consuming my every waking hour. When I’m not thinking about and doing my job here at the Guild, I’m more often than not working on moving my own projects forward.

At the Awards I got to see and hear about wonderful New Zealanders who work endlessly, tirelessly, and often voluntarily, consumed by their passions to do work that will benefit others.

There were many wonderful characters and stories in the semifinalists and finalists we were introduced to.

Georgia Hale has represented New Zealand in four sports, and uses her position as the Captain of the Womens Warriors Rugby League team to do community work throughout the country, working with young children, rural communities, the intellectually disabled and other charities. Georgia won the Young New Zealander of the Year.

Dame Margaret Sparrow is a long-time advocate of men’s and women’s reproductive rights.  She helped introduce the morning-after pill to New Zealand, has been a trailblazer for legal abortion here and is absolutely thrilled that after decades of effort, a bill to decriminalise abortion will soon go in front of the whole House. Dame Margaret won the Senior New Zealander of the Year Award.

Bill Buckley of Buckley Systems, the world’s leading manufacturer of electro-magnets, won hearts and minds with his clear ‘Kiwiness’ and absolute passion for his latest effort. Buckley’s newest venture, Neutron Therapeutics, took on a task many others worldwide thought impossible: to build an accelerator that could be used in-hospital as a neutron source, replacing a nuclear reactor that was required to perform the same function.

Using the accelerator, Neutron Therapeutics has developed Boron Neutron Capture Therapy (BNCT) that allows the targeting of cancer at a cellular level. Buckley firmly believes that they will be able to eradicate brain tumours with the treatment. He won Innovator of the Year.

And just when you thought I’d completely moved off the screen industry, we come to actor and teacher Jennifer Ward-Lealand Te Atamira, who took out New Zealander of the Year. Jennifer was acknowledged for her ongoing dedication to Arts and Culture in theatre, film and TV and her passion for Te Reo Māori, showing through shining example her commitment to bi-culturalism and bi-lingualism in New Zealand. Jennifer, as many of you know, has run workshops for DEGNZ, passing on her knowledge and experience of working with actors. Congratulations, Jennifer, from us at the Guild!

There were other winners on the night and an equally-deserving large numbers of Kiwis who were nominated for the work they do in communities in New Zealand.

It was a breath of fresh air to put the screen industry aside and spend a few enjoyable hours hearing about Kiwi achievements from other walks of life.

Call for Applications – This two-day workshop is aimed at providing directors with practical tools that they can bring to their productions, both in pre-production and on set. We’ll work on the shape of pre-production (when do I prep what?), how to really read a script, blocking a scene on set, working with actors, the emotions of lenses, running a shoot day, budgeting your shoot time, and managing your own energy (very important!). Attendees will be expected to have done some amount of directing for screen, but want to develop their long form drama-directing experience further. We invite emerging to mid-career directors to apply.

Peter Meteherangi Tikao Burger is one of New Zealand’s premiere drama directors. He started his directing career making television commercials in the nineties. In 2001 his first tele-feature Fish Skin Suit won Best Drama in the Qantas NZTV awards, and the same year his short film Tūrangawaewae was selected for Critics’ Week at Cannes. Since then Peter has directed one feature film, seven tele-features, and more than thirty episodes of television drama. Recently, Peter was the lead director on The Dead Lands, a Māori action thriller series for the American network AMC, and is in post production on the upcoming TVNZ/Channel 7 production One Lane Bridge.

Travel Allowances:
If selected to attend, DEGNZ Full members may apply for financial assistance of up to $250 (incl. GST) towards their travel costs.

Refund Policy: Requests for refunds must be received by Sunday 15 March. Refunds can take up to approximately 10 working days to process.

The DEGNZ Drama Editor Attachment Scheme gives emerging drama editors the opportunity to advance their craft through shadowing and mentoring from an experienced drama editor.

Dan Kircher is a film editor whose feature film credits include The Changeover, directed by Miranda Harcourt and Stuart McKenzie, and Ant Timpson’s Come To Daddy. At the 2014 Rialto Channel New Zealand Film Awards, he was nominated twice for Best Editor for Everything We Loved and The Dead Lands. He has also cut short films, web series and commercials.

Millie Lies Low – When a broke and anxiety-ridden architecture grad misses her flight to New York for a prestigious internship, she decides to fake having made it to New York, while lying low in her home town, scrounging for another ticket.

This attachment would suit an experienced assistant editor/editor who has dramatic narrative editing experience on short film, web series, drama or features. The successful candidate will likely have a body of narrative work. The initiative is targeted at editors who want to progress their career into feature film editing.

Its purpose is to allow an emerging drama editor to:

This is a paid Auckland-based attachment and requires the successful candidate, depending on experience and flexibility, to start at the earliest in mid-March. If non-Auckland based, the candidate must cover their own travel and living costs.

The duration of the attachment would be up to a maximum of 20 full days broken down into a mixture of full days and half days over the shoot and post production period. The final schedule will be determined in discussions with the production team and successful candidate.

Selection will be made by the production. DEGNZ will notify you as to whether or not your application has been successful, but the decision will be final and no further correspondence will be entered into regarding your application.

The directors attended five, tailored workshops over the year. It has been a pleasure fostering these talented filmmakers to make strong career choices, and ‘incubating’ babies Violet and Margot in the process too! Big thanks to the NZFC and Vista Foundation for supporting the Incubator, and to facilitator Shuchi Kothari and all the special guests who came to speak to the directors. 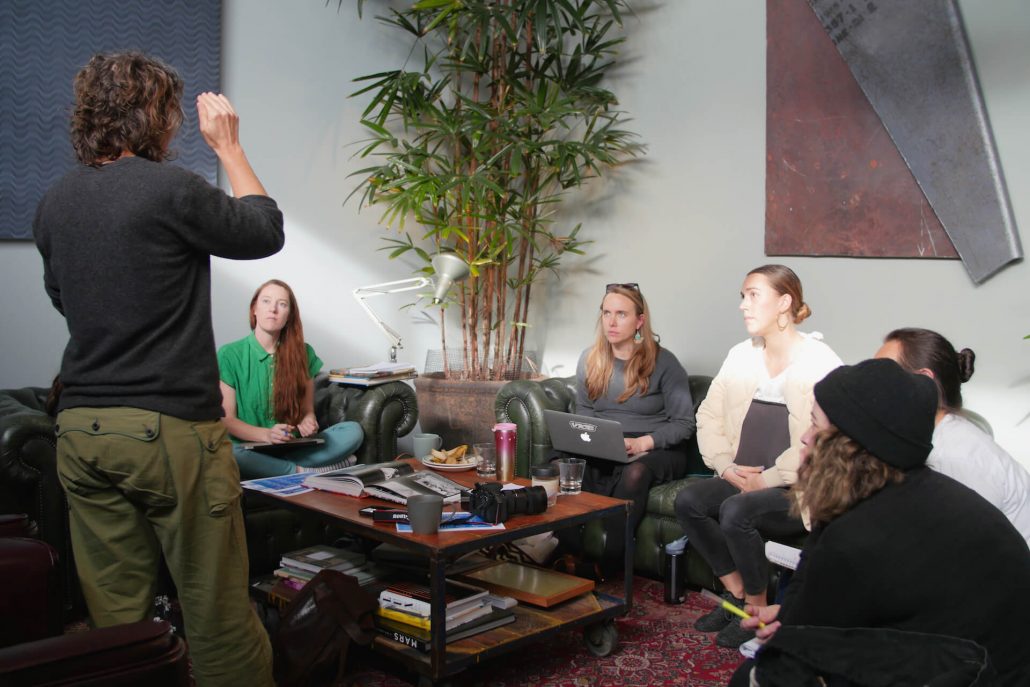 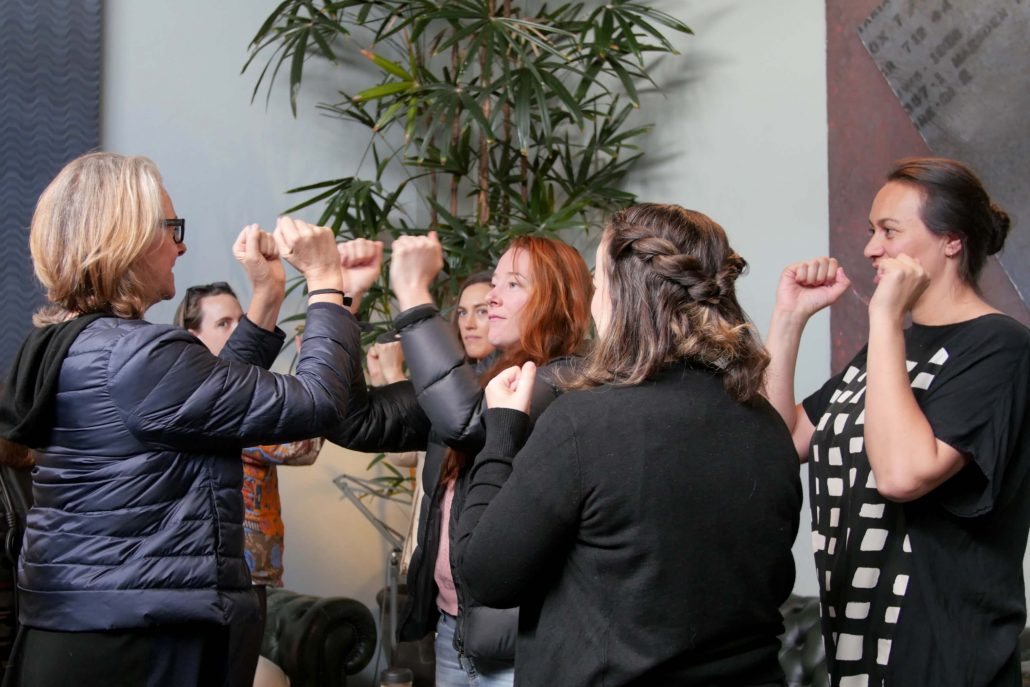 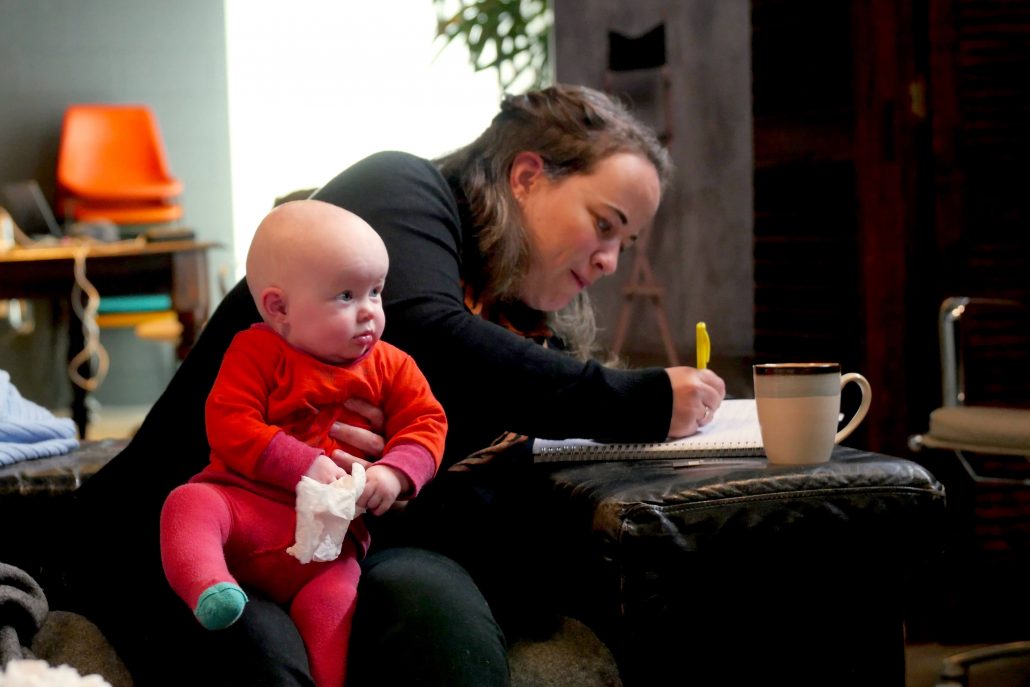