Or at least that’s what used to happen.

According to one local property manager, apartment rentals are down 30 – 50% for 2019’s festival, and it’s becoming a trend.

Esteemed trade publication The Hollywood Reporter headlined the affliction of both the festival and the film industry in general when it titled an article on Cannes: ‘It’s Time to Roll Out the Red Carpet, But Does Anyone Care?’

Jury President Alejandro González Iñárritu essentially pointed the finger at the culprit—Netflix—pushing the festival line that you can watch movies on phones, iPads or laptops, but that’s not the theatrical experience that film is created for. And with Netflix not eligible for Cannes film selections, it highlights the widening gap between the old world of theatrical, particularly in France, and the new of streaming.

So, is Cannes surviving the onslaught of SVODs?

The general consensus is that the film industry has contracted. The mega mergers that have taken place attest to this with the number of major studios reduced to five when Disney gobbled up Fox.

The mini majors are reeling from bankruptcies, flops and lack of franchises. And the indie film world (non-studio) is struggling unless they have cast.

Cannes is quiet this year. The stars aren’t turning out and there are fewer big budget films. And supposedly the parties don’t go to 4AM anymore.

One highly experienced French producer said the independent film business is either going to get better or worse, which shows the lack of uncertainty still pervading the industry and obvious at Cannes. His hope for theatrical lies in filmmakers tiring of their films going into the black hole of SVOD digital archives, without the attending fanfare of marketing and promotion given to films headed for theatres where they are experienced as they are meant to be.

Sales agents are becoming production companies and financiers to survive in the same way that distributors have reacted to the changing conditions.

And it’s a common topic to talk about films going straight to SVOD, because it’s so difficult to get a theatrical release. In the old days, straight to DVD usually meant it was a bad film. Not the case now with its modern equivalent.

Netflix and Disney are supposedly not showing here this year, but there are definitely people from both companies on the ground. As undoubtedly are other players like Amazon and Apple.

China has a stronger presence than ever before, tempered by a shift in political climate back home, burnt fingers from past bad decisions, and a more discerning Chinese screen industry and domestic audiences. It’s not quite the saviour it’s been seen as in past years.

Cannes has been slammed for the lack of female directing talent walking the red carpet and screening their films here. The stats for 2019 aren’t great but they are up over previous years, with 26 per cent of features submitted from women, and four of the nineteen in official competition helmed by female directors. Festival head Thierry Fremaux has been touting the mostly gender balanced selection and jury panels, and the introduction of a creche for film festival attendees with kids has been a definite hit.

Cannes is changing, but it resembles an ocean-going liner trying to make a turn—it has to cover a lot of distance before it can come about.

Will it maintain its preeminent position as the biggest film festival and market in the world? Probably. But what does that really mean now with SVODs here to stay and audiences increasingly glued to their small screens. We shall see.

Have Your Say on the DEGNZ's Screen Sector Strategy Submission 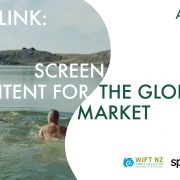