Finally got some free time over the holiday season? Revisit or catch up on some of our guild events from the year on our DEGNZ Channel, which is currently live. Here’s a small selection you might like:

– Film Talk: Q&A with Geoff Murphy on his seminal Goodbye Pork Pie.
– The Collaborators Series: Lee Tamahori and Robin Scholes – From Once Were Warriors to Mahana
– DEGNZ Selects: In conversation with Niki Caro
– and more!

We’ll be adding more vids in 2017 so make sure you subscribe.

Sound and music has a significant influence on the viewer’s experience. DEGNZ warmly invites members of DEGNZ, WIFT and NZAPG to hear from acclaimed screen composer and Kiwi music veteran Karl Steven as he shares on composing for film and TV.

Karl’s original scores, to name just a few, can be heard in How to Murder Your Wife, Bombshell – The Sinking of the Rainbow Warrior, The Blue Rose and drama series Tatau for BBC Three and BBC America. Former Supergroove frontman, Karl’s credits encompass the scores and music supervision of numerous drama series, telefeatures, documentaries and films both feature length and short. This year, his work on 800 Words won him the APRA Best Original Music in a Series trophy at the Silver Scroll Awards.

Actors Jennifer Ward Leland, Tandi Wright and Actor/Director Michael Hurst revealed many valuable insights into casting, acting and directing thanks to the prompting of our fabulous facilitator for the evening actor/director Ian Hughes. 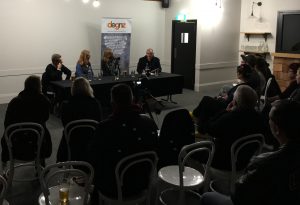 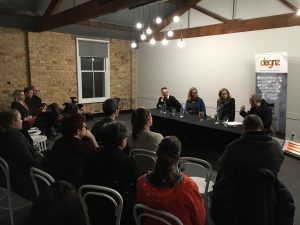 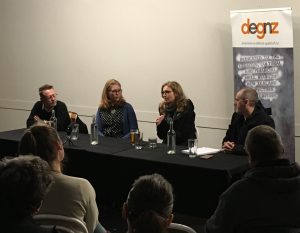 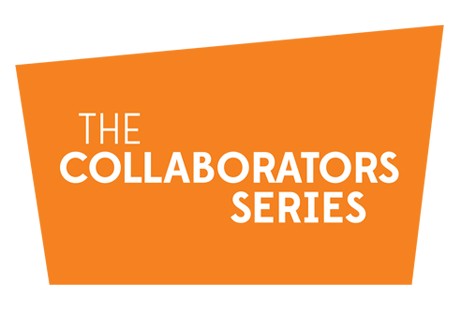 DEGNZ warmly invites DEGNZ and Equity New Zealand members to its next Collaborators Series on Wednesday August 10 with Equity New Zealand.What: A panel discussion on the topic of improving the casting process/the relationship between actor and directorWho: The discussion will be led by Ian Hughes featuring a panel of Jennifer Ward-Lealand, Michael Hurst and Tandi WrightWhere: Upstairs function room, Horse & Trap, 3 Enfield St, AucklandWhen: Wednesday August 10, 7pm drinks for a 7.30-8.30pm discussionWe look forward to seeing you there.

Come along for a discussion about ‘Director and 1st AD Dynamics’. A panel of ADs–Terri Kilmartin, Amand Weaver, Jennifer Butcher, and Marc Ashton from NZFC–will speak to Peter Burger about the processes, challenges and triumphs of the Director/1st AD relationship.

Where: Upstairs at the Grey Lynn RSC, 1 Francis Street

Learn directing skills from @mirandaharcourt that