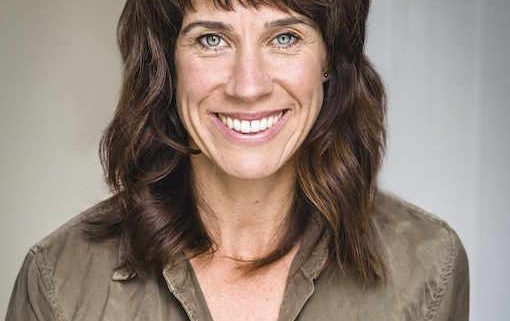 Caro will provide one-on-one mentorship to Van Beek on her projects and career, offering genuine insight into creative process and engagement with the industry as a whole, while providing a solid platform upon which to build an international career.

“Jackie van Beek is an exciting film maker with a strong and original point of view, and I’m thrilled to be able to support her in this stage of her career,” said Caro.

“I’m really excited to have the opportunity to meet and spend time with Niki Caro. I look forward to discussing directing, parenting and everything in between,” Van Beek said.

Niki Caro is most well known in New Zealand for her hit feature film Whale Rider, which touched audiences worldwide. It was a critical and box office success and earned Kiwi actor Keisha Castle-Hughes an Academy Award nomination for Best Actress. Caro went on to an international directing career that saw her make films with the likes of Charlize Theron in North Country, Kevin Costner in McFarland, USA, and Jessica Chastain and Daniel Brühl in The Zookeeper’s Wife. Her next film, Callas, is a biopic on operatic singer Maria Callas, starring Noomi Rapace.

“We are so pleased to have a Kiwi actively working on the international stage in director Niki Caro, mentoring one of our emerging directing talents,” said DEGNZ Executive Director Tui Ruwhiu. “Jackie will benefit immeaureably, learning from a New Zealander who has been there and done it.”

Jackie van Beek works as an actress, writer and director in theatre and film. She lives with her young family in Auckland.

Jackie comes from a theatre background. She has had a string of plays commissioned and produced, and has devised and toured comedy shows in New Zealand, Australia and the UK.

During her time in Australia she began to write and direct short films. A number of them, shot both in Australia and New Zealand, have seen success at festivals nationally and internationally.

Jackie directed her debut feature film, Inland Road, in 2015. The film is currently in post production. She has a number of other features in various stages of development.

Niki Caro graduated from Auckland’s Elam School of Fine Arts in 1988, then got a diploma at Melbourne’s Swinburne Film and Television School. Returning to New Zealand, she wrote and directed several short films and TV dramas.

In 1992, her short Sure To Rise was selected to compete at the Cannes Film Festival in France. Caro’s first feature film Memory and Desire was selected for Critics Week at Cannes in 1998. But it was follow-up feature Whale Rider that brought Caro to a large international audience. The film took more than 27 awards, including audience awards for favourite film at Toronto, Sundance and Rotterdam, and best film and director at Seattle. First-time screen actor, 12-year-old Keisha Castle-Hughes, was Oscar-nominated for her role in the film as a young East Coast Māori girl struggling to establish her place in her community.

Caro went on to her debut Hollywood feature North Country, starring Charlize Theron. She followed with The Vintner’s Luck, which saw her reunite with Whale Rider star Castle-Hughes.

In early 2015, Caro directed Kevin Costner in McFarland USA. In 2016, she will complete her latest feature, The Zookeeper’s Wife, starring Jessica Chastain and Daniel Brühl, then move on to shoot Callas, a biopic of operatic singer Maria Callas, to be played by Noomi Rapace.