JAMIE LAWRENCE GETS NOD AS DIRECTOR ATTACHMENT ON DIRTY LAUNDRY

The Directors & Editors Guild of NZ, NZ On Air and Filthy Productions are pleased to announce Jamie Lawrence as the director attachment on the Dirty Laundry TV series.

“I’m stoked to be selected for the attachment, and learn from Peter. He’s a director I aspire to,” said Lawrence. “I’m totally behind this initiative. It’s an awesome opportunity to be able to gain unique experience and help bridge the gap between directing short and long form content.”

Managing Director of Filthy Productions, Steven Zanoski said the selection process, which included Producer Britta Hawkins and Director Peter Burger, had been rigorous due to high calibre of applicants.

“We narrowed the field to applicants who not only showed directorial flair but demonstrated a passion for television story-telling,” said Zanoski. “Jamie kept rising to the top through hot debate. In the end, it was obvious that Jamie’s talent and sensibilities sat most comfortably alongside Dirty Laundry’s characters and stories.”

“We are delighted to support Jamie’s further development as a director with this initiative,” said NZ On Air Chief Executive Jane Wrightson.

“Jamie is the third attachment through the DEGNZ/ NZ On Air TV Drama Director Attachment Initiative, and a deserving one,” said DEGNZ Executive Director Tui Ruwhiu. “He’s making a concerted effort to achieve an outstanding career as a screen director, and shadowing the talented Peter Burger will take him even further towards his goal.”

Lawrence has achieved a run of internationally successful short films while pursuing a career in TV commercials and promotional content with film production company 8 and at TVNZ’s internal creative agency Blacksand.

Dirty Laundry is a Filthy Productions comedy drama TV series for TV One. The 13 x one-hour, NZ On Air-funded production starts filming in February 2016. Produced by Britta Hawkins and created by Rachel Lang and Gavin Strawhan, Dirty Laundry centres on a middle-class family whose mother is jailed for money laundering. If her children want to keep the lifestyle to which they’re accustomed, they’ll need to keep the family business going.

Filthy Productions is a new company set up by Rachel Lang, Gavin Strawhan and Steven Zanoski, initially to produce the upcoming series FILTHY RICH for TV2.

The company’s focus is production based, with a philosophy that the best television drama and comedy is always driven by the creatives. 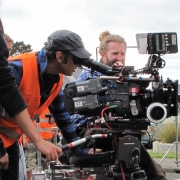 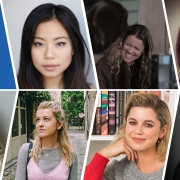 Introducing the DEGNZ Incubator Directors for 2020 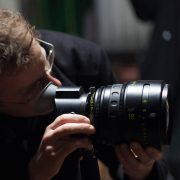 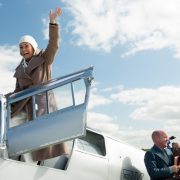 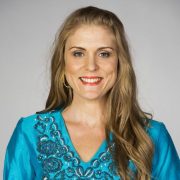