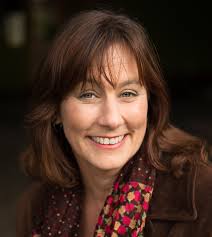 Thanks to DEGNZ member Leanne Pooley for this guest editorial.

I recently attended a play in Auckland and while looking at the audience it struck me how many of them were members of the theatrical community. Like dancers and the musical fraternity they were there because a) it was a great show and b) theatre people support each other’s work. It occurred to me at the time that the film industry could learn from this.

At the recent Big Screen Symposium I was at a session with Dave Gibson during which he mentioned the box office success of the recently released BORN TO DANCE. I looked around the room and I wondered how many of those present had been to see the film? Sadly I suspect had Dave asked for a show of hands, the response would have been disappointing.
I am not a hip-hop fan, but I have seen BORN TO DANCE (I was blown away by the dancing despite my unhip nature). I’m a scaredy cat but I took my teenagers to HOUSEBOUND. I’m nervous about violence but I watched THE DEAD LANDS on the big screen. I don’t love rugby but I loved THE GROUND WE WON. My point is I try to see New Zealand films…in the cinema. This is in part because I think it’s a good idea to see what’s what from a professional point of view, but also because I believe strongly that as a community we need to support each other, just like theatre people do.
I cannot tell you how soul destroying it is when friends and colleagues come up to you months after your film has finished its cinematic run and say “I’ve been meaning to go to your movie!” By then it’s too late, and while most people say this from a place of love the truth of the matter is, if they really meant to see it, they would have.
This is even more relevant now given the difficult movie marketplace. The viewing window is short. You can’t wait six weeks and assume a film is still going to be there. You need to go as soon as possible, preferably opening weekend, because that really helps the producers keep the movie alive.
I know it’s not always convenient but we only release around half a dozen films a year; I believe strongly that as a community we need to make a bigger effort to go along, pay for a ticket and be there for each other. They’re our filmmakers, our actors, our designers, our cinematographers, our technical people…they’re our films! If we don’t support each other how can we ask the taxpayer to support us?