The New Zealand International Film Festival is upon us again. And there’s an even bigger selection of New Zealand films on offer, both feature-length and short, than I’ve encountered before—18 offerings, four of which are made up of programmes of short films. This is a fantastic selection—a high number from DEGNZ member directors and editors.

As Bill Gosden, the festival director pointed out in his speech celebrating the 50th birthday of the festival, it couldn’t have existed without the passion of film lovers who have nurtured it to the point where it has become what NZIFF is today—a truly great International film festival, showcasing the best of New Zealand and international film.

As always I encourage you to get along and watch films to encourage independent filmmaking everywhere.

In other news, Clare Curran is certainly the minister who keeps on giving, unfortunately not so much in the funding realm. The latest in the Radio NZ saga is a measly $4.5 million dollars to RNZ from the $15 million in the May Budget allocation for public media. NZ On Air gets just $4 million, while a new Innovation Fund to be jointly managed by Radio NZ and NZ On Air gets the lion’s share at $6 million.

It must be disturbing for Curran to hear from chair Michael Stiassny of the Ministerial Advisory Group she appointed that not even they support a fully funded RNZ+ television station. What you get—or not—for the price of a cup of coffee.

In a related development, Head of NZ On Air Jane Wrightson responded to an article in Newsroom by Dr Bryce Edwards of Victoria Univeristy, who singled out our current dual funding model of contestable and fully-funded public broadcasting for criticism. In her reply on the same platform Wrightson said that “In the 21st century media landscape it’s highly unlikely that one media provider model will fit all, and so a combination of ring-fenced and contestable funding is a clever response by a small country where media cost structures are always under pressure.”

There are supporters and detractors of the dual funding model approach. Whatever your opinion on the matter, I think we all need to acknowledge the incredible work NZ On Air has done in seeking to adapt to the rapidly changing screen industry while being incredibly underfunded.

Thankfully, we now see broadcasters slowly being willing to take risks with the arrival on air of Taika’s and Jemaine’s Wellington Paranormal, and two new dramas commissioned and screening at a later date: The Bad Seed out of South Pacific Pictures, and Fresh Eggs from Warners NZ. And we are starting to see more locally driven international efforts bear fruit with Screentime’s copro Scandi – NZ noir Straight Forward now in post and destined for TVNZ.

And talk about change, there sure as hell seems to be a lot going on at the Film Commission—a new pou whakahaere in the wonderful and talented Karen Te O Kahurangi Waaka-Tibble, new job opportunities with the departures of Development Executive Karin Williams and Investment Executive Chris Moll, and obviously a change of approach that always comes with a new CEO, this time with the arrival of Annabelle Sheehan who has been with us seven months now. Watch this space for more to come. 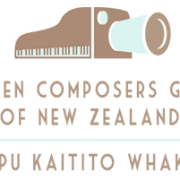 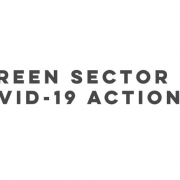 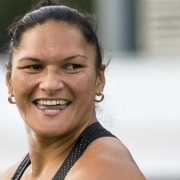