You are here: Home1 / advertising

DEGNZ member and editor Luke Haigh won big at the Axis Awards, the local NZ advertising awards held in March. Luke took home four of the six editing awards given out on the night. 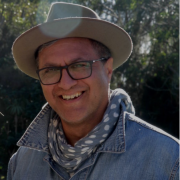 Director Robin Walters will share on his career in commercials, spanning over 25 years in New Zealand and abroad, and reflect on the changing nature of the industry.

Robin has been providing his unique approach to commercials for over a decade, having worked with brands including Ebay, NZTA, Hyundai, Nibble, McDonald’s and Spark. He joined Black Stump Films and later Curious and Robber’s Dog. Earlier this year, Robin started TUTU FILMS with wife Sam.

Known for both comedy and drama, Robins’ work has been commended throughout the industry as some of the most honest and funniest to come out of Australasia in recent years.