You are here: Home1 / contractors

A recommended model to allow collective bargaining for contractors in the screen sector has today been unveiled by the Government-convened Film Industry Working Group.

The recommendations, which will now be considered by Government, offer a new path forward for the screen sector, following 2010 law changes to workplace relations in the industry.

“This has been an exercise in collaboration and compromise, and we believe it sets the screen sector on a much stronger footing going forward,” says Group Facilitator Linda Clark.

“The screen industry is unlike any other. The nature of filming means producers require certainty of cost and flexibility of conditions in order to complete a production on time and on budget. Project durations are often fixed, and one worker can be involved in multiple productions during a year.

“The working group is proposing a model that reflects the sector’s uniqueness. It retains parts of the current law, but also allows contractors to bargain collectively and it establishes principles that promote strong, productive relationships. To keep up with current trends, it also applies more appropriately to the overall screen sector, rather than film productions alone.”

Ms Clark says the recommendations have the full support of all members of the working group.

“As a sector, the group’s members are committed to a vibrant, strong and world-leading screen industry. All of the members valued the opportunity to work together constructively to develop a model that works for the sector.

“We look forward to the Government’s response.”

The working group’s full recommendations are available on the Ministry of Business, Innovation and Employment website at https://www.mbie.govt.nz/business-and-employment/employment-and-skills/employment-legislation-reviews/workplace-relations-in-the-screen-sector/background/

The Film Industry Working Group was convened by the Government earlier this year. Its members are:

A workshop for pain relief

There’s nothing worse than wasting time on your accounts.

Natalie Doherty, production accountant on projects including Slow West, Jean and The Shannara Chronicles, will share with you contractor hacks to take the headache out of your administrative paperwork.

In this two-hour workshop Natalie will give you time-saving tips and advice on:

Brought to you by DEGNZ and Women In Film and Television 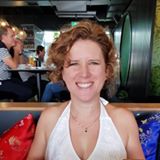 Natalie has worked in the Film and TV industry as both an accountant and in the sound department worldwide for over 16 years. She is an Associate Chartered Accountant who completed her mentored training at BDO Chartered Accountants and the NZ Film Commission. Natalie also supplies short to medium term furnished accommodation to the Film and TV industry with her husband, Brendan.

Registration bookings are essential for members and non-members. For non-members, payment must by made in full prior to the start of the workshop to confirm a booking. We accept payment by credit/debit cards and internet banking/direct credit.

Registration closes Monday 1 October, unless capacity is reached prior.

Refunds: Please email admin@degnz.co.nz if you wish to cancel your booking. You must inform us at least 24 hours before the workshop starts to receive a full refund.

DEGNZ Young Creators is a programme of events with a mission to inform and inspire younger or emerging directors and editors to build successful, sustainable careers in the screen industry.

On Tuesday the government announced the appointment of former prime minister Jim Bolger to head a 10-person working group that would report back on the design of Fair Pay Agreements.

This is welcome news to me as those of you who have read my blog posts will know—I personally and also as the ED of DEGNZ, have long railed against poor pay in the screen industry, particularly for many directors, especially in the online content area and at Māori Television.

The Fair Pay Agreements that were part of Labour’s manifesto going into the election are workplace laws setting minimum terms and conditions of employment for workers in the same industry or occupation.

I along with a representative group of the screen industry have been grappling with such issues for some months. As the Film Industry Working Group, we are working to respond to Minister of Workplace Relations and Safety Iain Lees-Galloway’s objectives for the group to restore the rights of film production workers to collectively bargain, in a way that:

The Government’s intentions with the Fair Pay Agreement is, quoting from a Stuff article, “to lift pay and conditions by preventing a ‘race to the bottom’ by preventing employers from competing with each other by lowering wages.”

This is exactly the situation we have been faced with for directors in the screen industry and one the Guild has long sought to address.

Bringing Bolger in to head the panel is both ironic and considered a Labour masterstroke. It was Bolger’s government that introduced the Employment Relations Act that was considered damaging to workplace relations and, according to Economist Brian Easton, advantaged employers over workers, did nothing to raise productivity, and had next to no impact in raising real wages. See The Spinoff article here).

There is obvious concern from employers and businesses about what the Fair Pay Agreements will mean, but there does seem to be an understanding on their parts that a rebalancing is required—a sentiment that is also gaining traction with some producers and production companies in the screen industry.

National certainly seems to have come to the party… with a party, or more accurate with a concert—a benefit concert—in a spoof from the Spinoff—a cynical send up I’d welcome if it were true because the disadvantaged do need help.