You are here: Home1 / drama 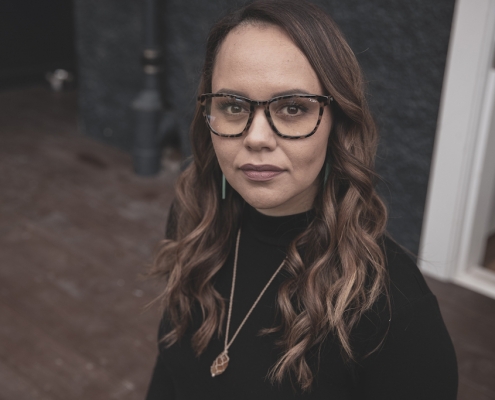 Vegas will be produced by Greenstone TV Ltd in collaboration with 10,000 Company and Steambox Film Collective with support from NZ On Air. An action thriller, Vegas follows a young, untested leader who wants to free his people from the curse of methamphetamine, but finds he can’t do it on his own. The story is based on the novel Inside The Black Horse, and will be filmed in Rotorua.

The aim of the attachment programme is to:

These attachments are for New Zealand directors who want to move into directing drama for television and already have significant directing experience.

The prep and shoot for both directors will take place in Rotorua. Both attachments will be paid and their accommodation and per diems covered.

The successful candidate will attach to lead director Kiel McNaughton and needs to be available for prep and shoot from 21 September to 2 November 2020.

At the full discretion of the director and producer(s), the First Step attachment may be offered the opportunity to direct some scenes within the block.

This Second Step attachment is intended for those directors with significant narrative experience who are ready to make the move into fast-turnaround TV drama, including those who have already done a First Step attachment under the DEGNZ TV Drama Attachment Scheme. The successful candidate will attach to director Mike Smith and needs to be available for prep and shoot from 12 October to 22 November 2020.

At the full discretion of the director and producer(s), the Second Step attachment may be offered the opportunity to direct a full episode within the block.

Applicants must have past dramatic narrative directing experience and a keen interest in television drama.

To be eligible, you MUST:

Please download the application cover sheet and checklist (PDF 126KB), and submit the following in a single PDF by 5PM, Wednesday 26 August 2020 to admin@degnz.co.nz with ‘Vegas Attachment’ in the subject line:

We will ask you to indicate on the cover sheet which attachment you are most interested in applying for. Shortlists will be developed from applicants. An interview may or may not be required.

DEGNZ will notify you as to whether or not your application has been successful at the latest by 7 September, but no further correspondence will be entered into regarding your application and the decision will be final.

Please contact us if you have any questions about the attachments or application requirements.

This initiative is made possible with the support of NZ On Air and Greenstone TV Ltd.

The rest of the announcement was new funding, but how much and where it went was clear as mud. As far as I can figure out it breaks down like this:

The elephant in the room, though, is insurance. Without it, no new high-end drama or feature film will be able to get up without a major studio willing to bankroll the whole thing and take the associated risk that COVID has brought.

How to get insurance and completion bonds for production is a global problem putting the brakes on production everywhere. The insurance industry has already been hit with massive COVID-associated claims. Consequently, insurers won’t issue insurance to cover COVID-19.

Screen industries around the world are hatching various plans to deal with the insurance issue, but they all, to a greater or lesser degree, come down to one thing: government underwriting of insurance.

The New Zealand Film Commission commissioned the Screen Production and Development Association (SPADA) to write a paper for Government to outline the issues and justify the call for Government to come up with a solution that would allow new drama and feature film projects to get up. While the new funding announced on Wednesday night was welcomed by everyone, a significant number of those in attendance at the Beehive waited with bated breath for a Government response to the insurance issue. It never came.

Small productions and those that had existing insurance coverage prior to COVID will get made, but independent production everywhere needs the insurance problem solved. That includes any NZ On Air funded drama soon to be announced from the last round. Without an insurance solution or a studio willing to take on the risk, we could all be watching a lot more low-budget short-form web series to satisfy our scripted desires.

Unfortunately, we are still waiting cap in hand for the Government to come to the rescue. If they do, we will then truly be able to take advantage of the very fortunate position we find ourselves in as a screen industry in comparison to the rest of the world.

Emerging drama editors are invited to apply for our third DEGNZ Drama Editor Attachment. The successful candidate will attach to editor Peter Roberts on feature film Juniper, directed by Matthew Saville, and produced by Desray Armstrong and Angela Littlejohn. 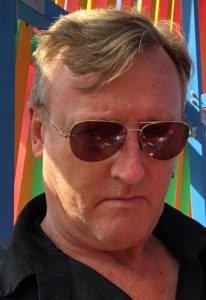 Since relocating from the United Kingdom, Peter Roberts has made his mark in New Zealand as an editor. Roberts found his editing niche at TVNZ, before a prolific freelance career saw him cutting a string of documentaries, shorts, and features — including award-winning drama The Dark Horse. In 2013 he became the first editor to be elected President of the Directors and Editors Guild of New Zealand. Peter’s other credits include Sam kelly’s feature Savage, due for release in NZ in 2020 following its world premiere in 2019 at the Busan International Film Festival; hit NZ – Aus. TV drama series Cleverman; telefeature Jean, helmed by Rob Sarkies; and Bryn Evans directed feature doc. Hip Hop-eration.

This is a paid Auckland-based attachment and requires the successful candidate depending on experience and flexibility to start at the earliest in February 2020. If non-Auckland based, the candidate must cover their own travel and living costs. They are also required to be a Full member of DEGNZ for the duration of their attachment.

Call for Applications – Deepen your knowledge of the craft in this Directors Toolkit with experienced director Charlie Haskell. The two-day workshop, run by the Directors & Editors Guild of NZ, will be held in Wellington on 16 – 17 November.

Charlie Haskell will provide a practical guide to emerging directors as to what the craft of directing is really all about. It will cover such topics as understanding the script, telling the story visually, inspiring great performances and running an inspirational set. There will be an emphasis on effective communication and how to get the best out of the creative team, and of course, how to deal with the ticking clock. 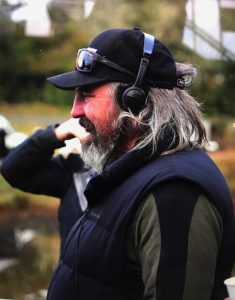 Charlie has been a freelance director in the New Zealand film and television industry for the past 25 years, initially specialising in action as a 2nd Unit Director (Hercules, Xena: Warrior Princess), before moving on to drama. He has directed on a wide variety of NZ and international productions, such as Power Rangers, The Almighty Johnsons, telefeature Tangiwai – A Love Story and docudrama Pirates of the Airwaves. He has worked on three seasons of the Starz network show Ash vs Evil Dead in the dual role of 2nd Unit Director/Associate Producer. Recently, Charlie directed two episodes of the Danish/NZ co-production Straight Forward, as well as being lead director on Germany/NZ co-production The Gulf. He is passionate about projects that combine great storytelling with global outreach.

Travel Allowances
DEGNZ Full members may apply for financial assistance of up to $250 (incl. GST) towards their travel costs.

Refund Policy: Requests for refunds must be received by Sunday 10 November. Refunds can take up to approximately 10 working days to process.