You are here: Home1 / Maori in film

Now living in the Coast Salish Territory in British Columbia, Canada, Tia spoke about the lack of Indigenous editors in the film industry, both male and female, and how she is involved in two programmes as a mentor to hopefully change this by encouraging up and coming Indigenous editors.

Even though she is far away from home, Tia shared how thankful she is to live in a community filled with Indigenous people and how beneficial it is for both herself and her children, that even though being away from Aotearoa can be lonely, being a part of an Indigenous community makes it easier.

Our kaupapa is to inspire rangatahi to look beyond the glamour of filmmaking to the hidden engine room that controls the story and magic of a film – Editorial.

If you’d like to know more, come along to a workshop where you can find out what’s involved, hear from and talk with Māori who have made a career in film editing. Have a go with a scene from an award winning Māori drama on the latest editing software and find out just how much influence and responsibility an editor has on a film.

Tikanga Māori will be in place, some tutors are te reo speakers, and te reo is welcomed in the workshop but not required. 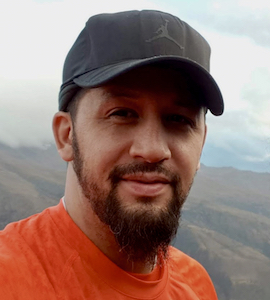 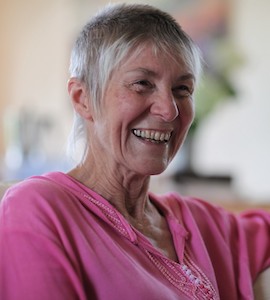 Spaces limited to 14. We will email you to confirm your place.

This workshop is for emerging to mid-level Maori editors with a focus on preparing you to transition to independent drama productions.

Tikanga Maori will be in place, some tutors are te reo speakers, and te reo is welcomed in the workshop.

The focus is on managing an independent Editorial department for an independent production, not on how to edit – it is assumed that you know how to edit and you have your own style and vision that you should retain. The workshop will use Avid Ultimate 2020.8, and you are urged to familiarise yourself via online tutorials.

The workshop commences at 9:30am each day, finishing around 4:30pm with capacity for a chat, or a little extra time for finishing a task until 5:30pm if required. Lunch is provided, tea and coffee for morning and afternoon breaks.

Limited Spaces. We will email you to confirm whether you’ve been accepted.

Price: Workshop offered free of charge because of the COVID-19 pandemic.

Travel Allowances: If selected to attend, DEGNZ and NAW members may apply for financial assistance of up to $150 (incl. GST) towards their travel costs. To be eligible:

with the generous support of the New Zealand Film Commission.

The New Zealand Film Commission (NZFC) took an official delegation to China and Taiwan in June of this year, and I was fortunate to be invited along to Taipei for the Taiwan leg as the ED of DEGNZ.

There was a strong indigenous focus to the visit with the New Zealand Commercial Investment Office (our government’s official representation there) and the NZFC organising a Matariki Festival with a number of events for the Taiwanese Film Industry, and public screenings of some New Zealand films.

On show were Hunt for the Wilderpeople, Born to Dance, and My Wedding and Other Secrets, with director Tammy Davis and DEGNZ board member and director Roseanne Liang along to introduce and do Q & A’s for their films. Also attending were writer and director Michael Bennett, representing Ngā Aho Whakaari, and playwright and screenwriter Briar Grace-Smith.

Taiwan has 11 officially recognised indigenous tribes and there is a very strong link between the Taiwanese indigenous peoples and Māori, with everyone acknowledging whakapapa through our DNA connections. This connection has received official acknowledgement with the New Zealand Commerce and Industry Office in Taipei and the Taipei Economic and Cultural Office in New Zealand signing a document entitled “Arrangement on Cooperation on Indigenous Issues”. This will establish cultural and “people-to-people” connections between Taiwan’s indigenous peoples and New Zealand Māori in order to promote mutual understanding and friendly relations.

This was my second visit to Taiwan, following my time there in October of last year to attend the Asian Producers Network conference. I was once again struck by the friendliness of the people, particularly the strong and positive response by the indigenous locals to anything and anyone Māori. There was even a Māori cultural group made up of ex-pats out of Hong Kong to give the various events some distinctive Aotearoa New Zealand flavour.

The exchange is intended to occur on an annual basis and is aimed at applicants who have experience writing a minimum of one feature film script that has been produced as a feature-length film. They also need to have either direct personal experience or a strong interest in Māori culture and/or the Indigenous Peoples of Taiwan.

I lived in Japan for a long time and have visited China a couple of times and many Southeast Asian countries repeatedly. Of them all, I feel that Taiwan is at the moment perhaps the most proactively open to doing coproductions with New Zealand. While the budgets there aren’t big with US$1 million being the average film budget and an almost purely commercial focus on box office, Taiwan I think offers great opportunity for filmmakers who want to work with Asian partners … with the right story.

On our delegation were some producers who are already engaged with Taiwan on projects, looking to leverage off a Taiwan-NZ connection, or working with Taiwan to access Mainland China.

Official activity aside, Taipei has great architecture, galleries and museums, outdoor activities and fabulous food. And wouldn’t you know it, after delegates found various ways to wing their way there via stopovers in Singapore, Hong Kong or Brisbane, Air New Zealand opened up direct flights to Taiwan after our visit.

I guess you can’t have it all.