You are here: Home1 / sexual harrassment

The events gave actors, directors, producers, writers and crew from the stage and screen industries an opportunity to learn Ita’s best practice approaches to intimacy, simulated sex scenes, and nudity, implementing her Intimacy On Set Guidelines.

I attended the introductory seminar and two workshops: the first, for actors and directors interested in exploring clear guidelines when working with intimacy, and scenes with sexual content; the second, for potential intimacy coordinators.

I came away from the workshops with a clear framework for directing intimate scenes. Using the Intimacy on Set Guidelines helped remove any awkwardness and kept the work in a clearly professional space. I feel that I now have more tools in my director’s toolkit and greater confidence in working with intimate content.

Ita O’Brien recommends that Intimacy on Set Guidelines are used as standard practice for all intimate scenes. When a production calls for nudity, simulated sex and/or any sexual violence, Ita recommends productions engage an Intimacy Coordinator.

Equity NZ are currently updating NZ’s Guidelines for Nudity and Intimacy on Stage and Screen. The intention is that these Guidelines become standard practice throughout our industry. At DEGNZ we have been working closely with Equity on updating the Guidelines and will keep our members informed of progress.

The Equity Foundation, who hosted Ita O’Brien’s visit to Australia and NZ, put together a short video of the Australasian events, which you can view here.

Until now, many directors have given little thought to directing actors in scenes that involve intimacy, nudity and simulated sex. This needs to be addressed, as these scenes can make actors feel extremely vulnerable, particularly when this sensitive area of performance is not given the preparation and care it is due.

The Directors & Editors Guild of NZ encourages members of the Guild to apply for our one-day workshop on directing intimacy with Jennifer Ward-Lealand Te Atamira.

In this workshop, we will discuss and work with actors on the process of developing an intimate scene for the screen using the best practice guidelines developed by UK intimacy coordinator Ita O’Brien, who was brought over by Equity to run training workshops in Auckland late last year.

Where: MTG RM, 2 Kingsland Terrace, Kingsland, Auckland
A travel allowance may be available to selected Participant Directors travelling from outside the Auckland region.

Since training at Auckland’s influential Theatre Corporate, Jennifer has worked extensively in theatre, film, television, musical and radio for over 35 years. Jennifer is one of New Zealand’s most recognisable acting talents and a respected theatre director. She has taught for The Actors’ Program, Toi Whakaari and NASDA.

Jennifer is currently President of Equity New Zealand, Patron of Q Theatre, and serves as a trust board member of The Actors Benevolent Fund. In the 2007 New Years Honours List, she was named an Officer of the New Zealand Order of Merit for services to theatre and the community. She was given the SPADA Industry Champion award in 2018 and in the New Year’s Honours List was made a CNZM, Companion of the NZ Order of Merit for services to theatre, film and television.

This workshop is R18.

If you apply as a Participant and are not selected, you will be considered for a place as an Observer.

STEP 2: You will be redirected to the File Upload page, which can also be found here. Upload your application file(s) in PDF. Submit before the deadline: 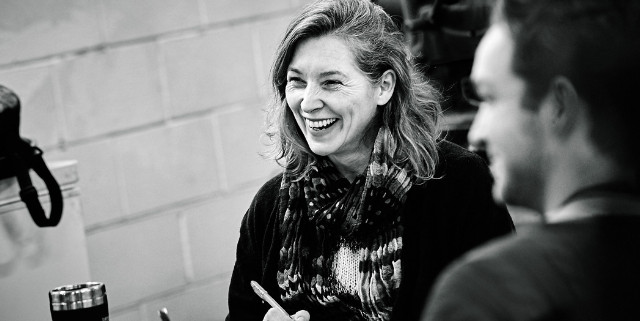 As some of you will be aware, Equity New Zealand is involved in bringing Intimacy Coordinator Ita O’Brien from England to run a series of seminars and workshops in Australia and New Zealand (10-12 December).

The DEGNZ board feels the best option for directors in regard to how best to handle scenes involving intimacy, simulated sex and nudity is education. We also feel that directors should upskill so that they have the capability to deal with such scenes professionally.

We therefore encourage you to attend one or more of Ita’s sessions, in particular session #3 so that you can incorporate the work of intimacy coordinator into your own practice as a director.

Please review the material below and make an application through Equity Foundation should you wish to take advantage of this opportunity.

Intimacy on Set and Stage with Ita O’Brien

This event series is brought to you by Equity Foundation and the support of their partners.

Why should you attend this important hui about sexual harassment & disclosure?

This practical workshop will help you to learn how to identify and most importantly deal with uncomfortable situations.

Everyone deserves to feel safe in their workspace or know how to respond when they don’t!

This presentation by Debbi Tohill, Executive Director of RPE (Rape Prevention Education) is a precursor to future workshops SWAG (Screen Women’s Action Group) will be organising. This will be a two-hour intensive covering the basics:

Exactly what is sexual harassment?
The continuum to sexual violence
Keeping yourself safe
Creating a safe environment
Knowing your rights
Reporting
Making your own decisions

The Directors & Editors Guild of NZ recently received from the Screen Women’s Action Group (SWAG) proposed recommendations for ‘Creating Culture Change Around Sexual Harassment In The Screen Industry’. You can view the document below.

The board of the Directors & Editors Guild of NZ supports the Screen Women Action Guild in their efforts to:

We commend the work done by SWAG to date in this regard and believe that education is the most effective tool in achieving the desired outcomes.

The board of DEGNZ are in overall agreement with the recommendations document SWAG has provided. We wish though to highlight areas of concern to us, and in some cases suggest alternative options, which we have detailed below for our membership to review.

We welcome any input from you on this for board consideration, which you can direct to admin@degnz.co.nz.

DEGNZ has under discussion with other screen industry bodies a Code of Ethics, which would address sexual harassment with a simple statement in line with this code’s purpose to be big picture rather than detailed. Should a cross sector Code of Conduct be instituted, the board agrees that the Policy for Sexual Harassment could be included here.

DEGNZ questions the need for certification in regard to sexual harassment. We aren’t required to be certified for other aspects of occupational health and safety even though, for example, directors on shoots without a dedicated safety officer are required to give health and safety briefings to the crew. And in fact, we question whether or not sexual harassment should be part of occupational Health & Safety, or should be separate. We believe this is an issue for ongoing discussion.

We support the idea of an online course for all screen industry workers but do not support the requirement that it be annual and certificated. We believe that individual contracts stipulating that the contractor must sit the online course and will adhere to the Universal Screen Industry Harassment Policy is sufficient—the contracted requirement and daily Health & Safety Briefing on Sexual Harassment we feel will be effective in significantly raising awareness regularly.

A further reason we do not support an annual and certificated course is because we feel that both the sending and receiving of certificates to the Certified PCBU (further on this follows), which we also do not support, is overly administrative.

Rather we feel that the online course for all screen workers has this content included in it and that the Sexual Harassment Crew Representative, the Producer/Production Company and the independent specialist are the multiple points of contact for complaints.

DEGNZ does not support the Safety Officer being responsible for drawing up a plan on how to deal with content of a sexual nature or nudity. A Safety Officer’s role we believe is limited to physical safety on set.

We feel that the Producer/Production Company, Director, Actor’s Agent and Actor should handle the plan because this is where the first and ongoing contact occurs. The plan can evolve and at a later date it can be talked through with the Independent Specialist and Crew Sexual Harassment Representative prior to filming.

Strict precautions in regard to sensitive footage is likely already dealt with in the confidentiality clauses of all contracts, but particular stipulations could be made in the contracts of those who deal directly with the material: directors, editors, data wrangler, etc.

The requirement for an Intimacy Coordinator is the most contentious for DEGNZ because of the potential for usurping of the director’s creative control. At the same time we understand the significant imbalance that can occur because of the actor’s training, the actor/director and actor/producer relationships and the pressures on set that can put undue demands on all involved.

While we are open to a continuing dialogue around the idea of intimacy coordinators, DEGNZ much prefers a requirement for specialist training for directors around nudity and sex scenes that could be provided by the Independent Specialist when such content is a part of a particular production. This could include Equity NZ’s current code of conduct for intimate scenes and auditions.

Our view with third party involvement in a scene whether a proposed intimacy coordinator or any other individual is that the person should work through the director and no one else.

DEGNZ feels that the Rehabilitation of people with Harmful Sexual Behaviours is best handled by independent specialists and should not be put onto production companies.

DEGNZ does not agree with the requirement for all workers to complete a Sexual Harassment Survey post every production. This is overly onerous, bureaucratic and unlikely to be successful.

The SWAG recommendations are sweeping and significant. DEGNZ feels that the costs associated with the implementation of any recommendations/requirements should be funded independent of the guilds, associations and productions companies, many of whom are already financially strained.