You are here: Home1 / vermilion 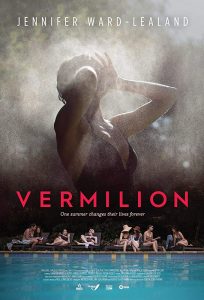 Scheffmann and star Jennifer Ward-Lealand will attend a Q&A screening on Friday 9 November. Come join the filmmakers and DEGNZ for this Film Talk at Rialto Cinemas.

Vermilion tells the story of a group of women – mothers, daughters, friends and neighbours. Darcy (Ward-Lealand), a composer, sees colours when she plays musical notes. When she notices her usually subtle colours changing- she realises a profound change is upon her. Over a summer month, Darcy creates a time of music and reflection that help her make a final choice.