You are here: Home1 / voice

What is tone? How does a director establish it and best communicate it? Establishing the tone of your film is a key element of filmmaking, a vital part of the process of making the intangible tangible.

The director’s vision for a film and his or her voice are key elements of tone. As are frame rate, music and sound effects, lighting, colour, production design, wardrobe and makeup, framing and movement. Tone is all encompassing.

In the first two of three new workshops on tone, run by the Directors & Editors Guild of NZ, participants will explore with director Rob Sarkies how a director goes about setting the tone of a film.

The third workshop with another esteemed director will be announced at a later date. 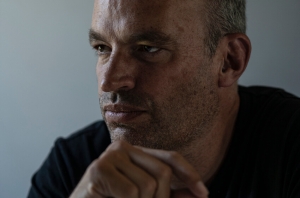 Tone is suggested by the script and clues will be found in the story, setting, action and characters. But it is also determined by the director’s tastes, culture, and instincts. Rob’s workshop explores how to translate all this into a coherent visual form and communicate it to others.

Rob’s work ranges (quite literally) from comedy to tragedy so he knows the importance of establishing a unique tone for each production, be it film or television. Using examples from his work, Rob will guide participants through a process where they can explore tone for an upcoming work. It will help to have your own project in mind – a short film, a first feature, a web series etc – when you come to the workshop.

DEGNZ Full members based outside of Wellington and Auckland can apply to the Guild for travel support up to the value of $250 (incl GST). We have six grants available.