You are here: Home1 / Writers and Directors Worldwide

In my last blog editorial I wrote of Fair Remuneration and the meetings DEGNZ President Howard Taylor and I attended in Tokyo at the General Assembly of the International Confederation of Societies of Authors and Composers (CISAC) and Executive Council meeting of Writers & Directors Worldwide.

Rather than pen more words about this, here is a link to a 10 minute video produced by W & DW and other associated bodies on the discussions at the meetings of W & DW and the Directors Guild of Japan.

Last week, Guild President Howard Taylor and I attended the General Assembly of the International Confederation of Societies of Authors and Composers (CISAC), and the Executive Committee meeting of Writers & Directors Worldwide (W & DW) in Tokyo.

The primary purpose for attending was to gain international support from the two bodies for DEGNZ’s efforts to win economic rights for directors in New Zealand.

Working with W & DW, we tabled a resolution to CISAC calling on the NZ Government to support the assigning of economic copyright to directors in New Zealand. The resolution was passed at the General Assembly. 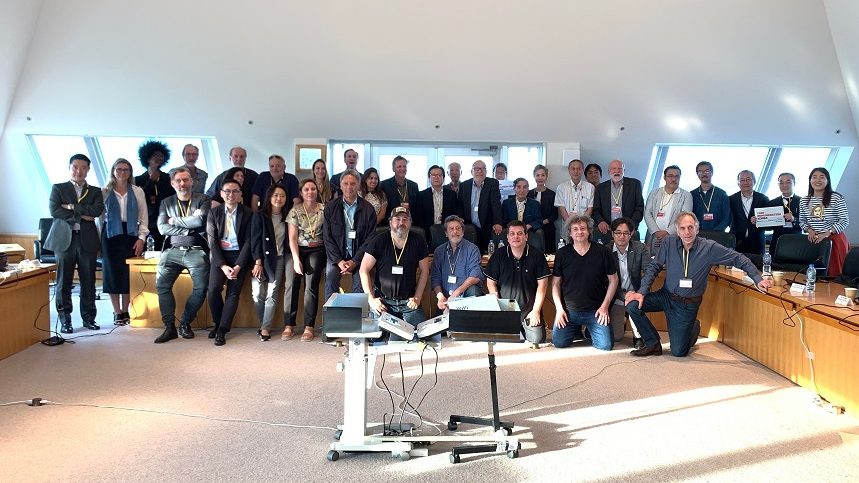 Another reason for our attendance was to participate in the formulation of an alliance of Guilds and Collective Management Organisations (CMOs—an example being ASDACS, the collection society for directors in Australasia) in the Asia-Pacific to strengthen our international presence in the region, and to work collaboratively with those bodies on areas of mutual interest.

The MOU supports the formation of the Alliance of Asia-Pacific Audiovisual Writers and Directors (AAPA) for the purpose of:

In order to fulfil these goals: 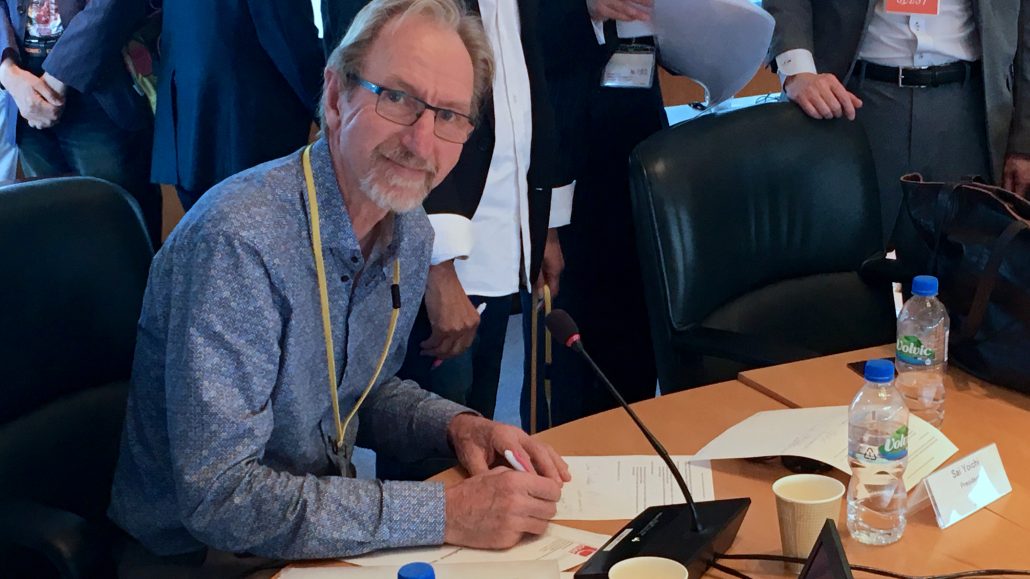 What became abundantly clear in our discussions with the Japanese and Korean directors guilds was that we are all in the same boat—directors in the Asia-Pacific and in many other countries do not have economic rights in their works, and consequently many struggle to have sustainable careers.

Our involvement with CISAC, W & DW and now AAPA are all geared towards achieving fair remuneration for directors in New Zealand, and elsewhere. This has long been a focus of CISAC and particularly W & DW internationally, and they have had a number of wins, most notably in South America.

Directors guilds and Writers and Directors Worldwide at the offices of the Directors Guild of Japan.

DEGNZ until now has essentially been standing alone in its efforts to win economic rights for directors, although we have received considerable support and assistance from the Australian Directors Guild and maintain relationships with the Directors Guild of America and Directors UK.

Participating collaboratively at an international level in order to win fair remuneration for directors only strengthens our efforts to do so here for New Zealand directors.

We look forward to collaborating with our international counterparts, particularly in the Asia-Pacific, as we continue to push for fair remuneration.